Whatever Happened to VR? 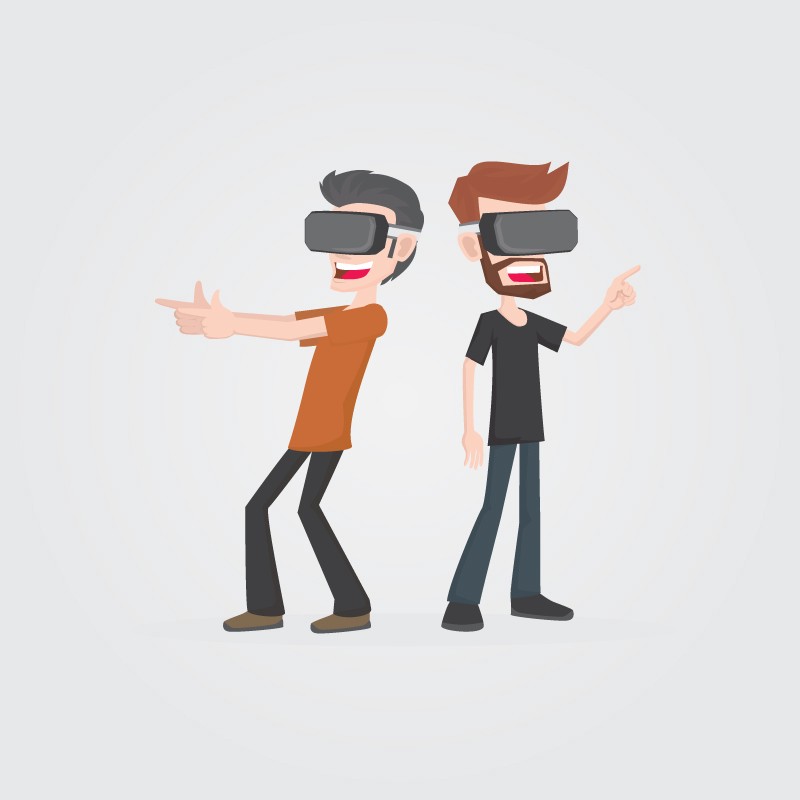 Video games is a funny business. I’ve been involved pretty much from the start, when the first home computers were introduced- back in the days of the Sinclair Spectrum and Commodore 64. Since then, I’ve seen a lot of changes and trends, from when you loaded in your games from cassette tape, then floppy disk, through to cartridges, CD-ROMs, DVDs and now downloads. From 8-bit computers to consoles; from handhelds to smartphones. Thanks to the ever-changing variety of platforms this is an exciting and dynamic business, constantly posing new challenges (both creative and technical) and always at the cutting edge of innovation in entertainment.

Immersive Reality is the latest trend and is posing fresh challenges as we try and identify new ways of delivering the best experiences in a whole new perspective. Virtual Reality is the first step in the evolution of these ‘Realities’. Launched in 2016/17, VR was promoted with the fanfare of great expectation and excitement — it held the promise of completely changing the way we play games forever, bolstered by perception suggested by great novels such as Snow Crash and Ready Player One. Unfortunately, it seems, this promise was never delivered and although not considered an abject failure, it was certainly a disappointing debut for the platform.

Why? Well, my own theory is that there were three factors which were key to this disappointment:

The first was cost. Whilst the VR rigs themselves were several hundred dollars, they needed a pretty high-powered PC to deliver the technical performance required. A good number of early adopters faithfully stumped up their cash but uptake was slow and probably below expectation overall. There were cheaper alternatives, such as Google Cardboard and Samsung Gear, but these were rather underpowered and so didn’t deliver the quality experience necessary to fully exploit the potential of the format.

Secondly, it soon became apparent that the necessary “tethering” of the rig to the PC was cumbersome and restricted a lot of movement which therefore broke the illusion of immersion and compromised the overall experience. Also, for the ideal setup, a fair amount of space was required and as most people’s PCs were usually located in a small office-type room, this was impractical.

However, in my opinion, the key factor in limiting the success of the platform was the lack of any “killer app”. To truly appreciate the significance of this one has to look back at the history of videogames to realise how much of an impact one single fantastic game can have. Probably the best example overall is Nintendo. They have always seemed to appreciate the importance of supporting a new platform with an outstanding, “must have” game. From the original 8-bit NES console they have always released with an amazing Mario or Zelda title, although the best example proving this theory was when they launched the Game Boy with Tetris; never has a game been so instrumental in the success of a hardware platform than this particular combination. And the same, to a slightly lesser extent, applies to the other consoles — Tomb Raider and Gran Tourismo on the PlayStation (1) and Halo for the Xbox.

This was the problem. VR had no Mario equivalent; where was the Tetris equivalent to drive mass adoption? Had there been such a key title this would have overcome the cost and tethering issues. Maybe a factor in this was that there were several hardware manufacturers looking to establish their offering as the industry standard and were so focused on the hardware specifications that the emphasis on content became secondary.

However, all is not doom and gloom. The next generation of VR rigs will soon be launched and certainly look to be addressing the first two issues outlined above. Cost should be a little more realistic and the major manufacturers are all releasing wireless solutions.

All we can hope for is that somewhere out there, a talented, creative, brilliant developer is right now working on just the game that will truly help kickstart the VR revolution. It will certainly happen but the question is, when? Immersive technologies have a huge role to play in the future of not just entertainment but also training, productivity and a whole raft of real-world applications which should transform the entire technological landscape.

But from a gaming perspective, I’m looking forward to watching the growth and evolution of this exciting technology which will take us into the next generation of interactive experience… and I truly believe Terra Virtua is designed to become a major part of this growth.

A disruptive paradigm like VR deserves a disruptive platform and Terra Virtua serves this on many levels, from the integration of an immersive environment from which you can navigate around a multitude of games, through to a community-driven landscape which allows interaction with both friends and friends-to-be, with the added value of allowing everyone the ability to both create and publish on that very same platform.

Terra Virtua opens up a world of truly limitless possibilities and I’m incredibly proud and excited to be a part of it!