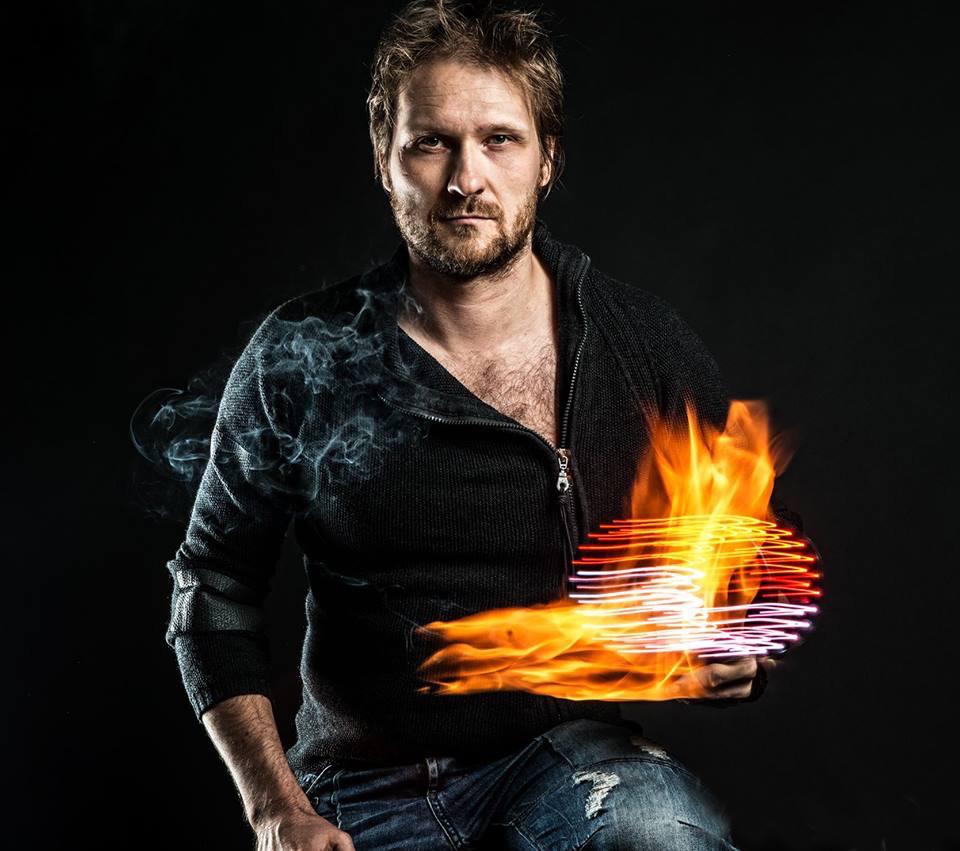 Next week the world famous artist Vesa Kivinen will be unveiling his latest NFT art project on Terra Virtua.

It’s a bold new project, which pushes the boundaries of technology and art, and we couldn’t be more excited about it. But as any art lover knows, there is so much more to a piece than just the art itself; to truly understand a piece, you also have to know something about the artist.

So, ahead of Vesa’s upcoming exhibition and auction, we wanted to share some information about the man himself, and understand a bit more about the heart behind the art.

Who is Vesa Kivinen?

Vesa, or VESA as he’s more commonly known, is a digital artist who has been pioneering new forms of artistic expression for over a decade. He uses mixed media in his work, combining photography, painting, bodypainting, and digital collaging to create visually stunning and mind bending pieces that showcase the beauty and chaos of life.

VESA’s most recent artistic evolution saw him begin producing NFTs, and he’s been working full time in the cryptoart space for over three years. Today his art brings together cutting edge technology and traditional artistry techniques to create spectacular pieces that are taking the world by storm.

As with so many artists, you may have come across VESA’s art without even knowing it. One of his most famous works is a collaboration with Bollywood superstar Veena Malik, where the actress was bodypainted nude for six works.

The pieces caused quite a stir amidst more conservative communities. But for VESA and Veena it was a collection that “set out to explore not only what their lives had in common but what unifying thread connects all life on this planet.” And the project certainly helped raise awareness of these themes, as over 300 million people viewed the pieces.

That’s just the tip of the iceberg, though, as VESA’s work has also been featured on the front cover of Forbes magazine, as well as being covered and discussed in media outlets such as BBC World News, The Independent, The Times of India, and The Helsinki Times.

Just a casual search of his name shows how prolific VESA is as an artist, and a glance at his work is enough to realise that it’s something very special.

That’s why we are so excited to be working with VESA on his latest NFT drop. The upcoming piece has been a year in the making, and involved collaboration with people from all kinds of creative backgrounds. It really is something different for the cryptoart space, and proudly goes beyond anything we’ve seen so far.

Hear from the man himself

Want to know more? Join us this week as we take the opportunity to learn more about VESA and this exciting new project.

On 23rd May at 2pm BST we’ll be hosting a live exhibition and unveiling of VESA’s new artwork ahead of it going up for auction. Join us on our Twitch channel to watch live.

This is a unique opportunity to hear from a world famous artist, and ask all your burning questions about VESA’s inspiration and creative process, so don’t miss out. Full details and links to these events will be shared on our social feeds and community channels, and don’t forget to follow VESA too!